Until It Cools Down ◊ wp◊

Is it soup that gets cold? Or these feelings for my friend?
What choice does she make when she realizes her feelings?

High school girl Azusa is going out with her classmate Kento. He introduces his childhood friend Mariko to Azusa, and being in the same class, they become close. As Azusa and Mariko's friendship deepens, Kento begins to feel distant from Azusa. 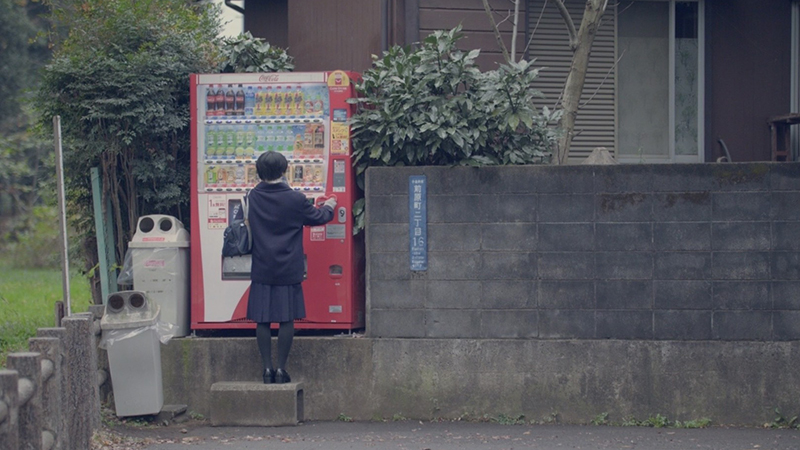 Directors Kyoko Sato and Kanon Okamoto render the sensitive romance of a high school girl wavering between a female friend and a boyfriend. This film, produced through the film production training initiative of the School of Fundamental Science and Engineering at Waseda University, is the pair's first collaboration. This is the second year in a row following last year's Sitting at an Angle (20) a film produced through this training initiative has been screened at this festival. Offered since 2015, this initiative is conducted primarily with students not majoring in film or video and covers devising concepts, writing screenplays, filming, and editing under the instruction of faculty including professional directors thriving in Japan and abroad such as Hirokazu Kore-eda and Makoto Shinozaki. Despite the delayed start of lessons and the unexpected difficulties of online classes last year due to Covid, this film does not feel like it was filmed under an unprecedented pandemic, resulting in an invigorating initiation story of young people. 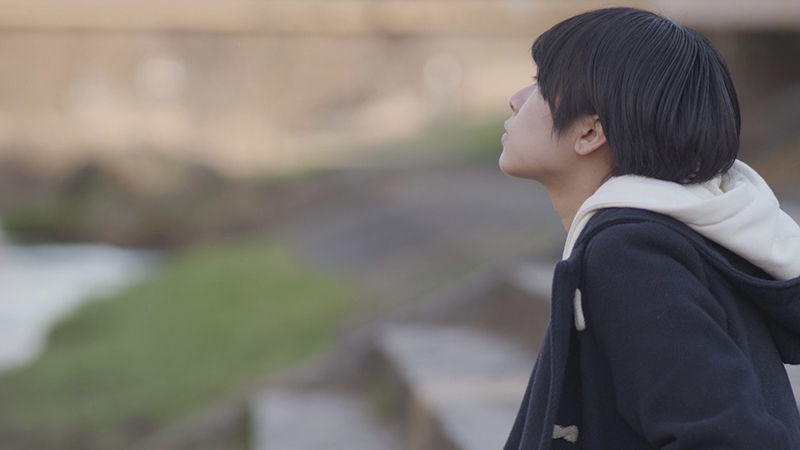 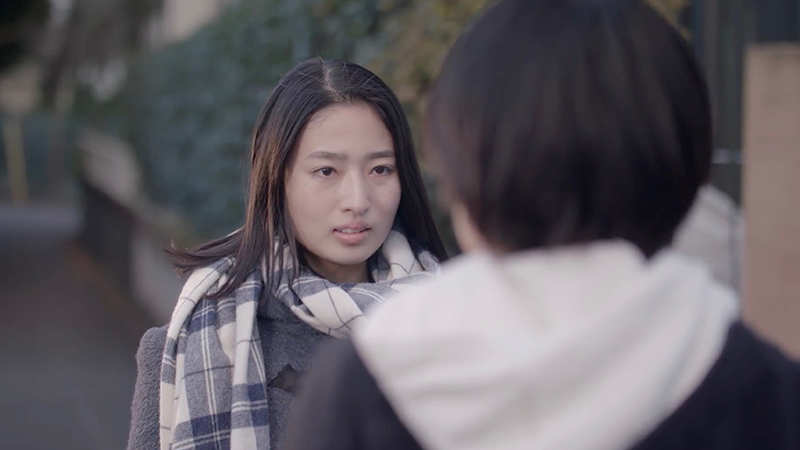 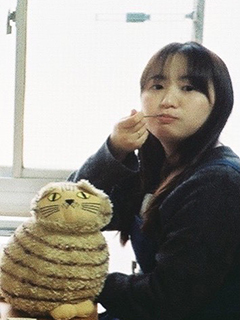 Born 1998 in Nagasaki Prefecture. Sato graduated in 2021 from Waseda University School of Law. Both the writer and director, she worked on this film as her first visual production under the guidance of instructors Hirokazu Kore-eda, Makoto Shinozaki, and Tamaki Tsuchida at the "Film Production Training Initiative 2020" offered by the same university.

If you could have met in a different way, what would've been different? I made this film to confront this ubiquitous question along with the characters. I am inexperienced, but I put forth my best effort at the time along with the cast and crew. Please enjoy the film. 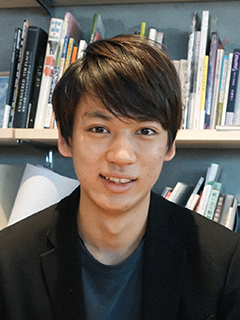 Born 2000 in Koganei City, Tokyo. Okamoto is currently studying film and visual media at Waseda University School of Fundamental Science and Engineering. Both the director and cinematographer, he worked on this film under the guidance of instructors Hirokazu Kore-eda, Makoto Shinozaki, and Tamaki Tsuchida at the "Film Production Training Initiative 2020" offered by the same university.

A new morning dawns no matter what happens. Waiting there are the familiar lively chirps of birds, the usual vending machines, and the laughter of scampering children. With the help of the park and riverside where I used to spend time in my childhood, I depicted the daily life of three high schoolers.