Yu and Nobu, a high-schooler comic duo, are busy preparing for their school festival. They and everyone else at Aishin Gakuen live their ordinary lives. Only Hikami of the science club and Inari of the film club have noticed something unusual. 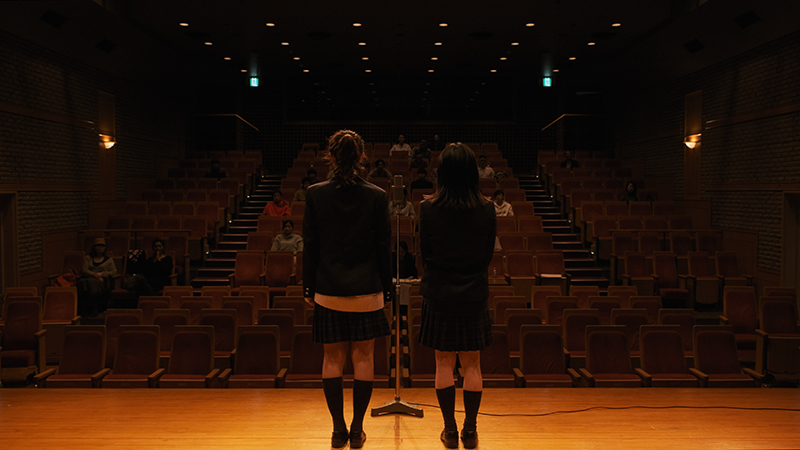 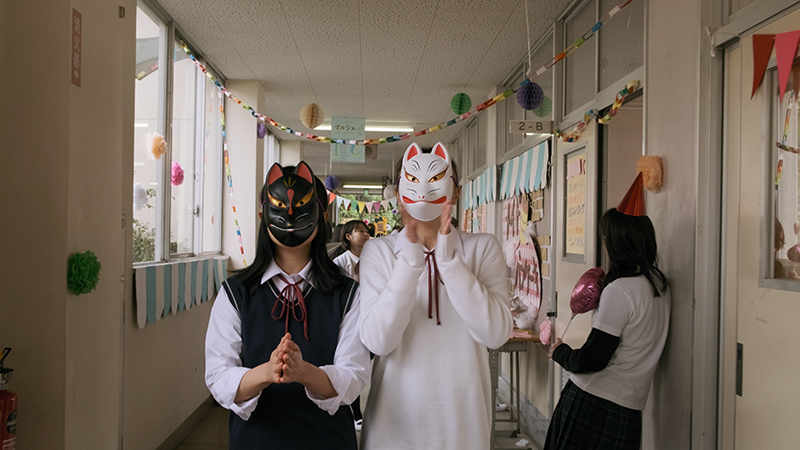 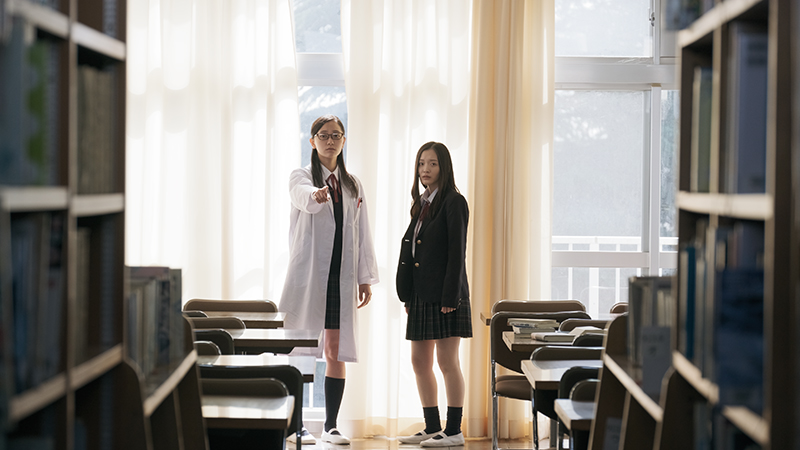 Deadly School is a life-and-death drama about high school girls which takes place in a parallel world. This splendidly entertaining film for the festival’s grand opening is directed by Teppei Isobe, the festival's first three-time consecutive award winner: Best Picture in Japanese Short category in 2018 for Who Knows about My Life; SKIP CITY AWARD in 2019 for F is for Future; and Audience Award for Japanese Feature in 2020 for Cornflakes. Teamed up with screenwriter Kazuo Nagai, Isobe took on the new challenge of a genre film, while maintaining his distinctive style of depicting ordinary people and their usual lives with a touch of warm humor. The original story is based on Kaoru Asakusa’s popular play, which has been repeatedly performed for more than ten years since its premiere in 2010, and has also been adapted into an anime and manga. The cast is full of promising actresses, including Miyuu Teshima, Ryoka Neya, Karen Kurashima, and Nagiko Tsuji, who all appeared in previous Isobe films. Also appearing are Ayano Kudo and Natsuki Murata, as well as Mina Kuryu, who also performed in the play and sings the theme song for this film. 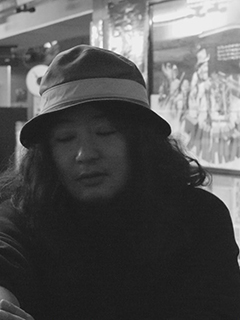 After graduating from Visual Arts Osaka, Isobe started his filmmaking career in 2016. He worked for Tadanori Kotani’s documentary film The Legacy of Frida Kahlo (15) as an overseas filming crew member. After returning to Japan, he made his debut feature, F is for Future (19), which won the SKIP CITY AWARD among other awards. His films were theatrically released in Tokyo, Nagoya, Osaka and Kyoto as Teppei Isobe Film Special Screening project.

I made a triumphant visit to Tokyo from Osaka for a briefing for my new film project, but I was treated miserably there and ended up walking down an alley, not even knowing where it was. Totally lost. Give me back the bullet train fare! I somehow got to Koenji, where I met Kaoru Asakusa, the playwright for “Alice in Deadly School”, at a tavern and we hit it off. The next day, I attended a briefing for the play’s film project as the director. You never know what will happen in life.