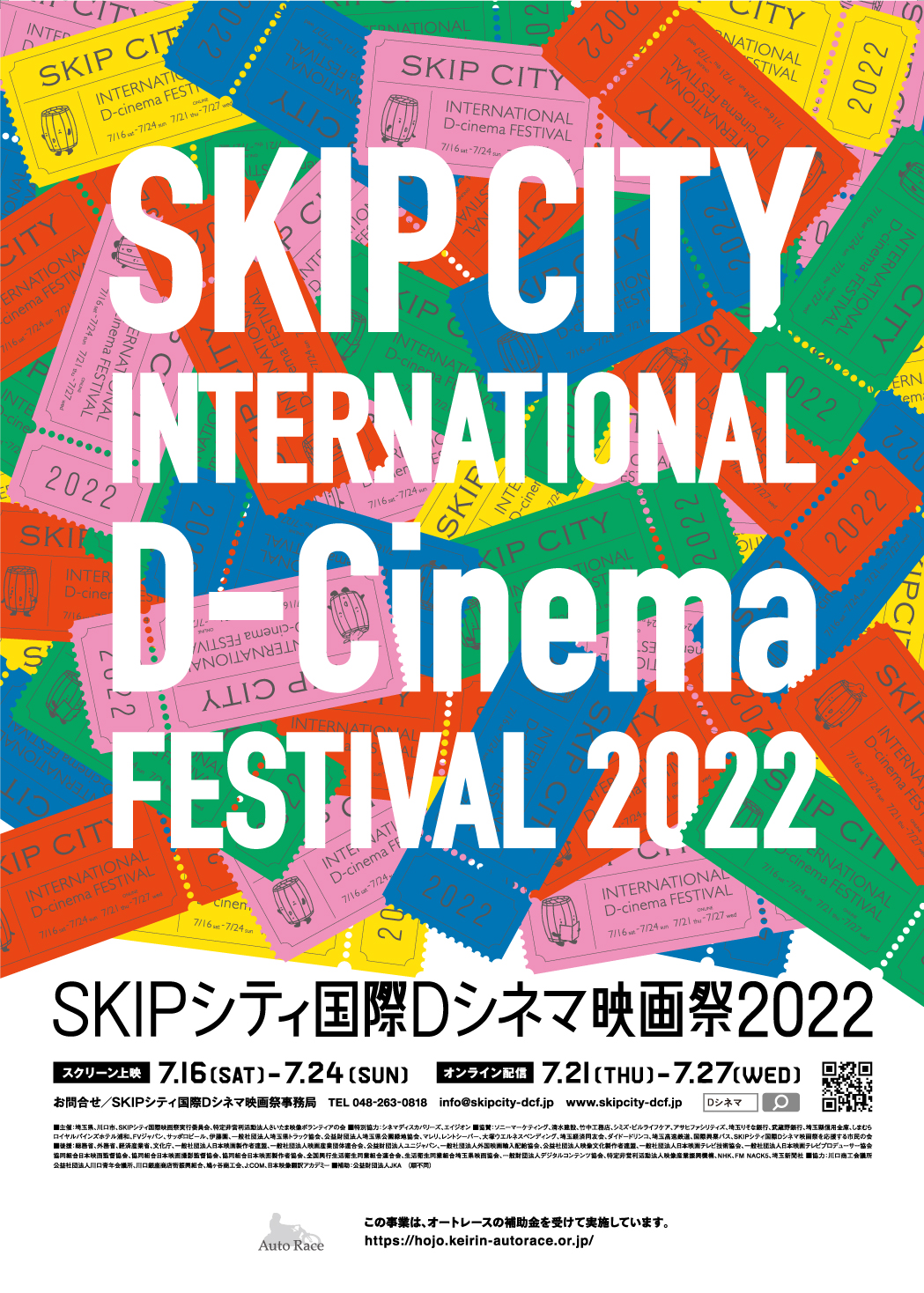 Established in 2004 in Kawaguchi City, Saitama Prefecture, SKIP CITY INTERNATIONAL D-Cinema FESTIVAL was one of the first international competitive film festivals to exclusively feature digital cinema, which has now become the standard format for motion pictures. We remain committed to discovering and nurturing new talent, with the aim of helping these filmmakers seize new business opportunities that have arisen in the changing landscape of the film industry. In 2022, the 19th edition of the festival will be held.

After screening their films at our festival, many of the festival graduates have gone on to build careers in and out of Japan. Looking at international cinema, Nuri Bilge Ceylan, who won the Grand Prize with Climates in the 2007 edition of our festival, scored three consecutive wins at Cannes Film Festival for Best Director with Three Monkeys (08), Grand Prix with Once Upon a Time in Anatolia (11), and the Palme d'Or with Winter Sleep (14).

Regarding Japanese cinema, Kazuya Shiraishi, who won the SKIP CITY AWARD in the 2009 edition with Lost Paradise in Tokyo, has gone on to direct critically acclaimed films including The Blood of Wolves (18) and Sea of Revival (19), and his latest film Lesson in Murder (22) created a buzz; he is emerging as one of the best directors in Japanese cinema.

Ryota Nakano, who won the Best Director and SKIP CITY AWARD in the 2012 edition with Capturing Dad, directed Her Love Boils Bathwater (16), which won 2 categories at the Japan Academy Film Prize, A Long Goodbye (19), and The Asadas (20), which received the NETPAC Award at the Warsaw Film Festival. Yuichiro Sakashita, who won the Special Jury Prize with Kanagawa University of Fine Arts, Office of Film Research in the 2013 edition, made his commercial debut with Any Way the Wind Blows (16) and his latest film The Sunday Runoff, starring Masataka Kubota and Rie Miyazawa, was released in January 2022.

Shinichiro Ueda who directed the sensational One Cut of the Dead (17), won the Special Mention in the Japanese Film Short Competition with Take 8 (15). Shinzo Katayama’s Siblings of the Cape (18), the double winner of Best Picture and Audience Award in the Japanese Film Feature Competition, became a critical and box office hit and received some awards for new directors including the Best New Director Award of Japan Movie Critics Award. His latest film Missing was released in January 2022.

Recently, Any Crybabies Around? (20) by Takuma Sato, who participated in the 2019 edition, Runway (20) by Norichika Oba, who participated in the 2018 festival, the 2018 festival’s SKIP CITY AWARD winner She is Alone by Natsuki Nakagawa, the 2021 festival’s SKIP CITY AWARD winner Psychology Counselor by Zenzo Sakai and the 2021 festival’s International Competition film Make the Devil Laugh by Ryuichi Mino were released theatrically. Many emerging directors with talent have been discovered by the Festival.

As a gateway to success for emerging talent, our festival remains committed to discovering and nurturing new and yet unknown talent and looks forward to seeing them spread their wings around the world. We hope you will experience the birth of new talent again this year with us.